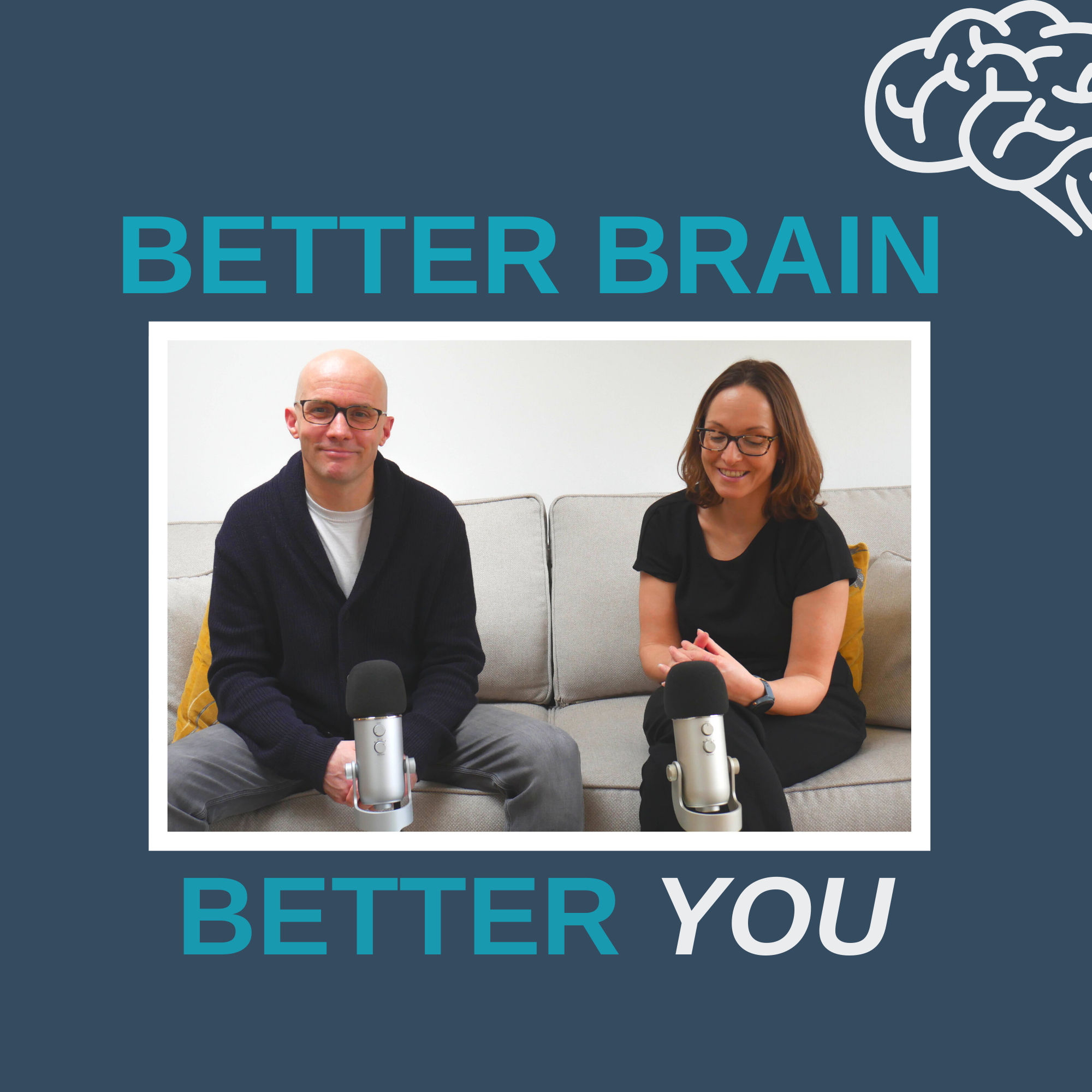 Are you ready to cultivate a healthy brain for a mentally healthy and happy life? Each week, neuroscientist, Dr Ben Webb, and clinical psychologist, Dr Zoe Webb, reveal their best brain and psychological tips,...

Are you ready to cultivate a healthy brain for a mentally healthy and happy life? Each week, neuroscientist, Dr Ben Webb, and clinical psychologist, Dr Zoe Webb, reveal their best brain and psychological tips, strategies and mindsets to empower women to take to control of their brain health and well-being. Teaching you to how to cultivate a healthy brain and nurture your loved one’s brains by eating the right foods, moving the body, managing medical risks, managing hormonal changes, resting and sleeping, developing a curious mind and staying connected - Better Brain, Better You breaks it all down with new episodes every week.

#63: Is it inevitable you’re going to get dementia?

Many of us get more forgetful as we get older. Most people need a bit longer to remember things, get distracted more easily or struggle to do some tasks as well as they used to. This may become more noticeable when we...
View Episode

#62: What you don’t know about teen alcohol and drug use

How familiar are you with your teen's alcohol and drug habits? Perhaps they don’t touch them…By 15 more than 70% of teenagers have tried alcohol and the numbers keep on rising as they get older. Binge drinking...
View Episode

#61: ‘The Alzheimer’s Antidote’ with Amy Berger

People are being diagnosed younger and younger with Alzheimer’s disease. Even if you don’t show any Alzheimer’s symptoms, the silent brain signs can already be in place as early as your thirties or forties. Currently,...
View Episode

Women experience three reproductive stages in their lives - puberty, pregnancy, and perimenopause - that change their brain in unique ways. These three critical stages in a woman’s reproductive life are accompanied by...
View Episode

Trauma can actually make you feel more resilient and leave you better equipped to tackle future challenges. In the field of psychology, we refer to this phenomenon as post-traumatic growth. Although post-traumatic...
View Episode

One of the biggest issues for parents of teens is figuring out what’s “normal” teenage behaviour and when their child might need some extra support. I talk to parenting expert, blogger, podcaster and influencer, Helen...
View Episode

#57: How to deal with your angry teenager

When our children begin the slow transition to adulthood, many of them struggle more with anger. It’s important to keep in mind that anger is not the problem - it’s a symptom of a deeper problem or challenge. When we...
View Episode

#56: How exercise can make you happy

Anyone who has ever gone on a run will be familiar with that "runner's high” feeling - that euphoric sense you get after a jog where you feel on top of the world. That post-workout good mood isn't just anecdotal:...
View Episode

#55: How to Be a Positive Role Model for Your Teenager

How you act and behave as a parent or carer has a massive influence over your teenager’s attitudes, behaviour and choices. I breakdown why parents are the most important role models for teenagers and how they can be a...
View Episode

All women experience the menopause. Yet many women and health professionals still don’t fully understand the signs and symptoms of peri-menopause and menopause or know how to best treat them. I have a really important...
View Episode

Do you think your genes are your destiny? Once you’ve inherited the “Alzheimer’s gene” then that’s it, you will get dementia and there’s nothing you can do about it! It is time to change your assumptions. The way you...
View Episode

Comedy and mental health don’t seem like natural bedfellows, but there is really good evidence that laughter triggers the release of endorphins boosting our mood and mental well-being. I talk to comedian and mental...
View Episode
Close